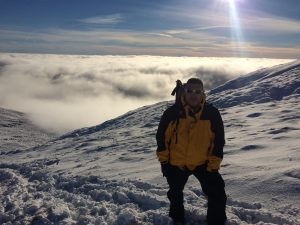 A Police Officer for over twenty-six years, Craig has been professionally involved in numerous specialist aspects of security and safety throughout his career in counter-terror operations, surveillance, specialist firearms, intelligence and public order. 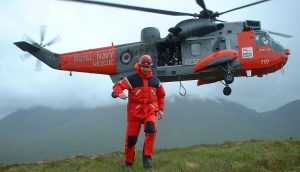 As a former team member and subsequent Mountain Rescue Team training officer, he has developed his outdoor skills to the extent of holding numerous National Governing Body awards in a variety of outdoors pursuits and delivering training and assessment in everything from navigation skills to forest school activities, mountaineering and camp-craft to mountain biking.

Through operational work, rescues and humanitarian endeavors he has successfully operated in some of the most remote and harshest environments and brings that experience and learning to help make everything we do at Venture Safely stand out from the crowd.

Craig passionately believes in his mantra, safety at the core and adventure at the heart, of everything he undertakes whether that’s his own challenges or experiences that he helps provide for his clients.

A fully qualified and experienced multi-disciplined outdoors instructor Craig has led countless wilderness expeditions thought the UK and in Europe and this year sees him lead the first recorded UK ascent of a peak in the Himalaya. His passion for rescue has taken him to Indonesia, Borneo and Nepal where he has led training for rescue organisations and voluntary groups.

A long-time supporter of the benefits of the Duke of Edinburgh’s Award scheme, Craig established the Award in a secondary school in Glasgow’s East End where he worked for six years helping turn young people’s lives around and offering experiences they never knew existed. Combining another of his specialisms, Wildlife and Environmental Crime, a specialist Policing post he held for 14 years, he delivered skills, voluntary and expedition opportunities around the theme and his work saw him rewarded with the Community Champion Award and Partnership for Action Against Wildlife Crime Certificate of Merit for his achievements as well as his success featuring in numerous Government, Local and National press publications.

Our sister site for ALL your medical training, support and consultancy needs

There are no upcoming events at this time.

Sorry, no Tweets were found.